This house was built in approximately 1899 to early 1900. It sits on a bend of a saltwater river. At some point it had a 30 foot by 20-foot two story addition built on it facing the east. It also had a large three season porch on the south facing side looking at the river built on brick piers.

The original house was set on cedar log piers and brick piers with a crawl space below. The addition facing the east had a taller basement with enough room to accommodate the furnace and water heater. The additions and the original part of the house were in disrepair. The two additions were not structurally sound and needed to be take down and reconstructed.

This house’s interior was gutted to the frame. A perimeter foundation and new footings and lally columns were added at all the load points to the main house. The past additions were removed and rebuilt. The east facing addition now has a full basement. The three-season room is now a year-round space with a stone fireplace, a patio door and large windows letting in plenty of natural light.

The antique wooden doors entering the house from the north side/driveway have been restored and reused. The mechanicals have all been replaced and the house has been rewired. The exterior envelope has been insulated per MA building code.

All the interior trim was custom made and installed by us including the mantel piece and many of the cabinets designed by myself. We added multiple porches around the house with beamed and paneled ceilings, a rear deck, and a balcony type deck on the second floor facing the river.

We built a four season sun-room, all new porches supported on case columns with beadboard ceilings and cased ceiling beams

We also designed and built cabinets in multiple areas

Replaced the roofing and all the cedar shingles 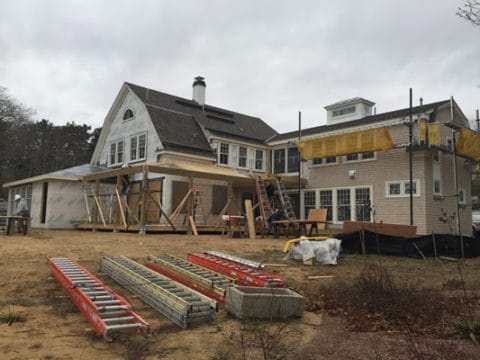 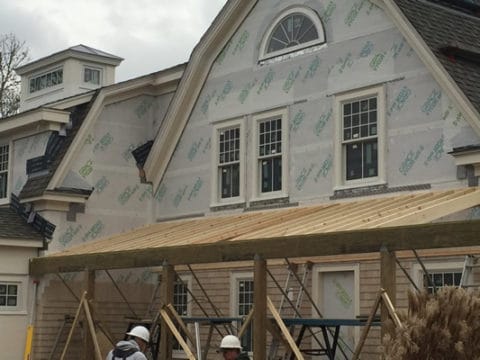 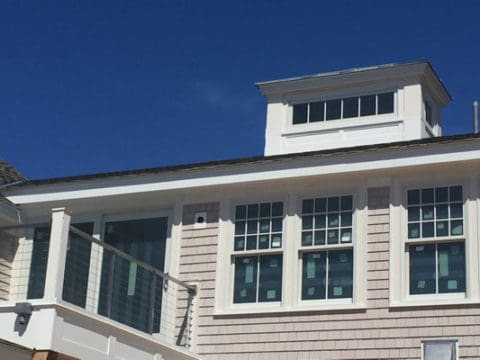 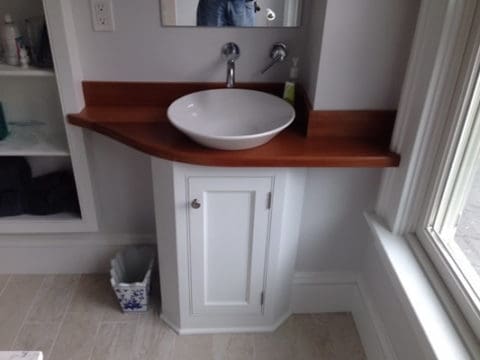 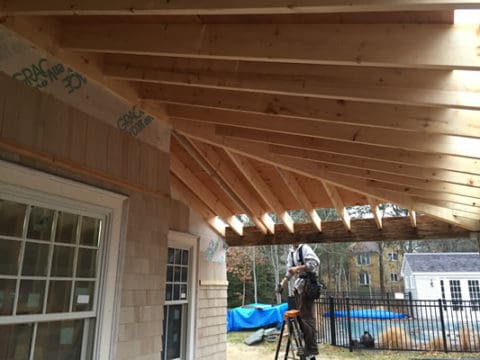 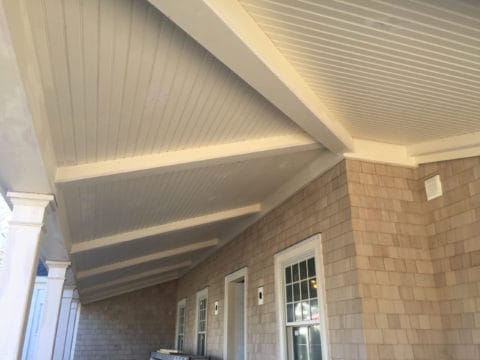 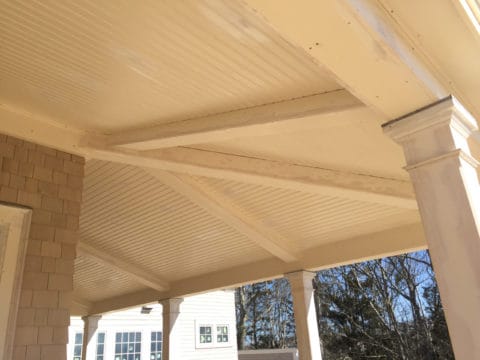 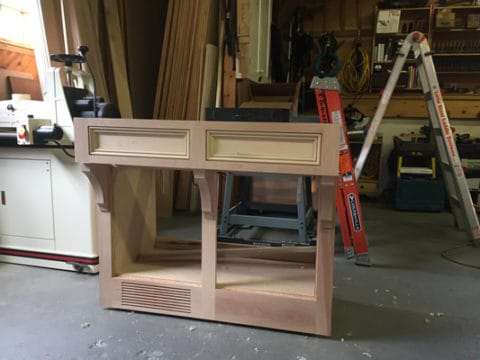 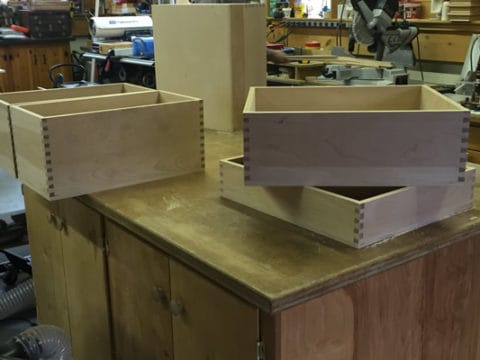 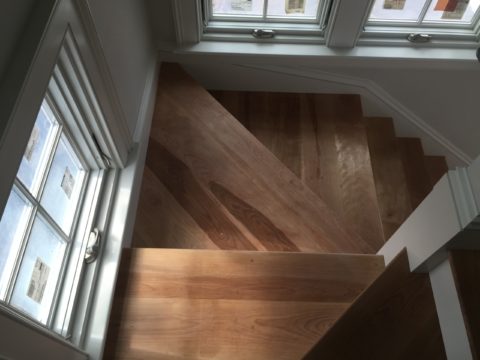 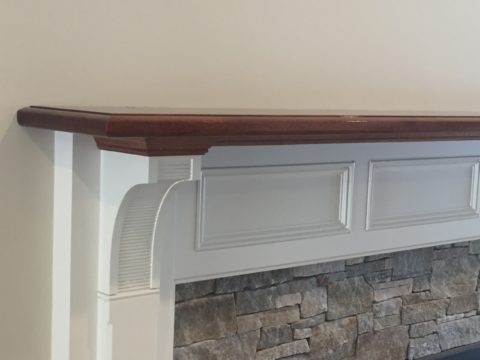 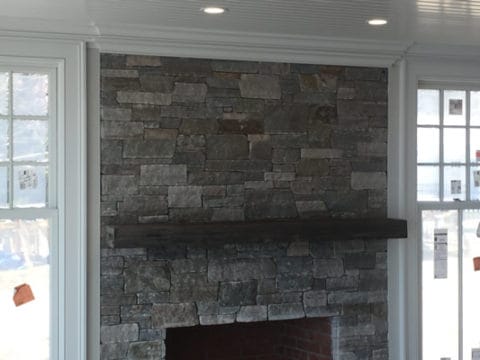 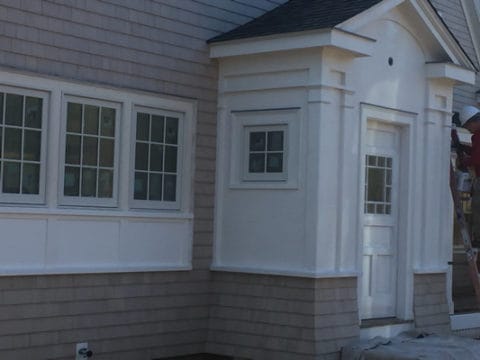 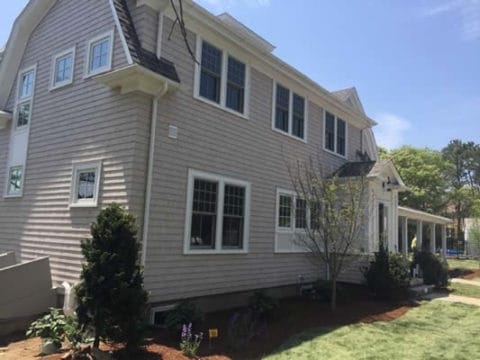 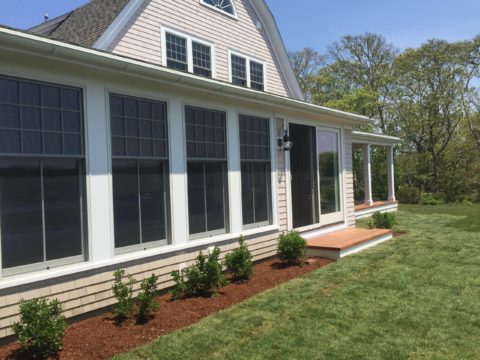 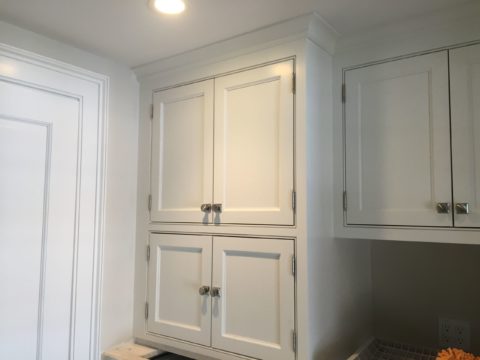 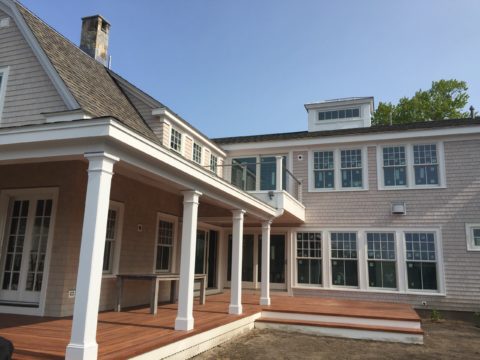 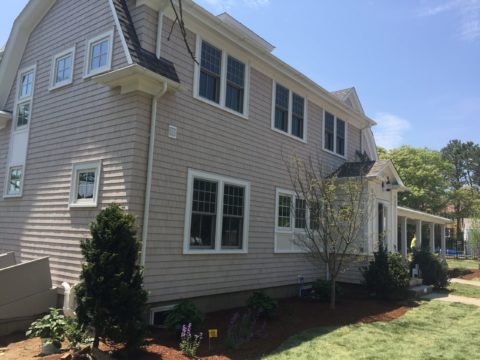 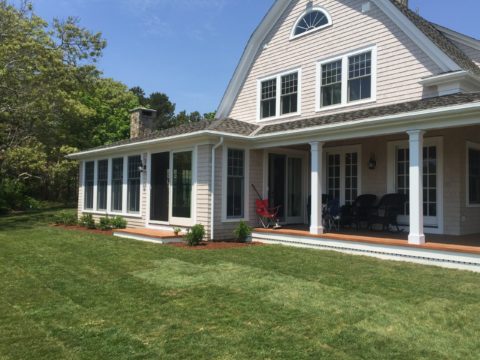 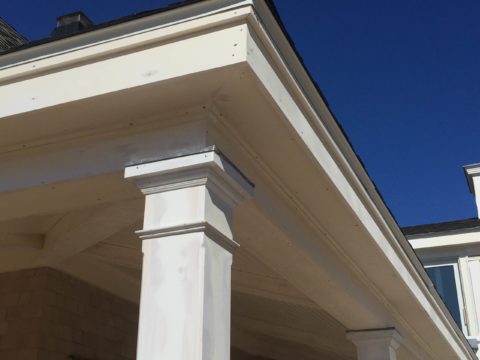 Let's work together to preserve your home's history